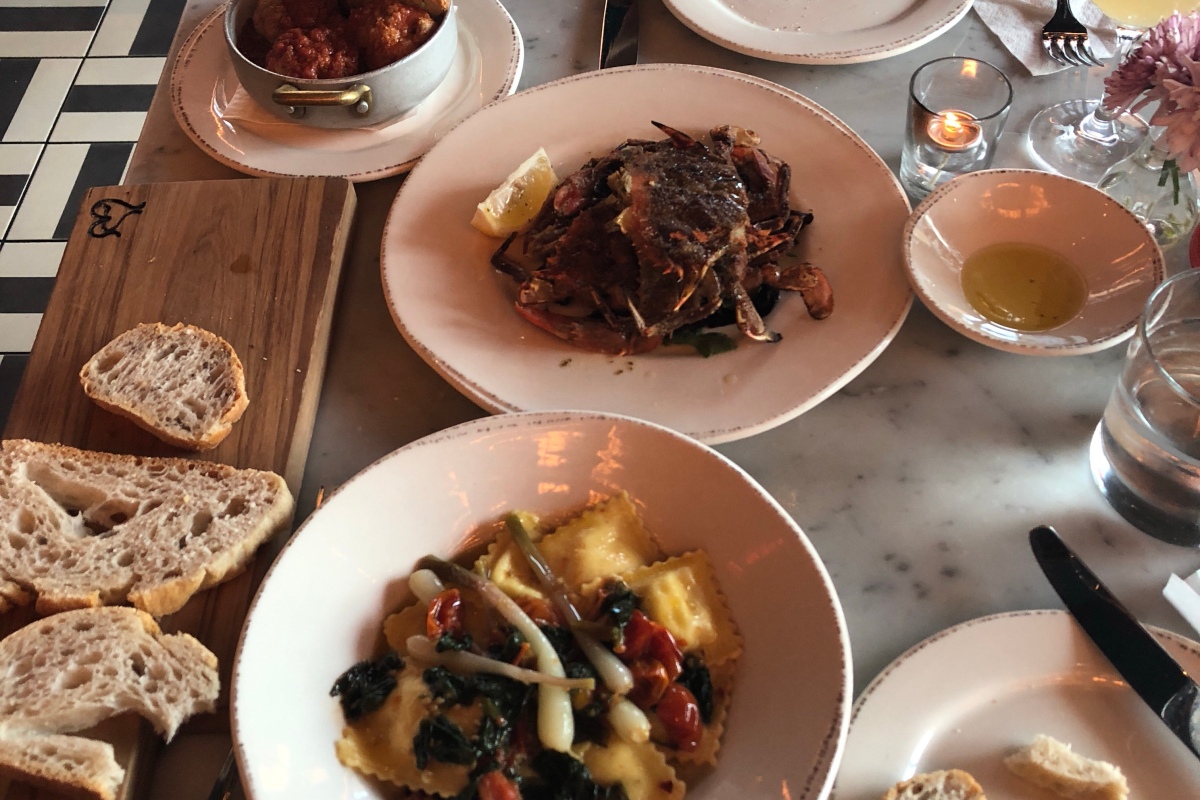 Hi folks! So after 6 weeks off from running (with a mix of spin and elliptical, but not rowing because that strained my Peroneal tendon), I’m back! Slowly and cautiously. I took my first test run on Saturday the 26th and it felt pretty good. Well, it was hot and sunny and I had to break for water on the 2.5 mile loop, but pretty good considering. I’ve done a couple of similarly short runs since and the pain after is basically nil. I’m trying to make better efforts toward stretching, recovery, and pre-running prep (glute activation) as well as doing more yoga.

I’ll just catch everyone up on my recent eats. It’s softshell crab season! And ramps season! And frosé season! My birthday was June 2nd, so there were a lot of good eats.

That’s it for now, folks! I’m still base building and trying to choose a training plan for NYC Marathon training.