Once again, I’m finding that my cutback weeks (coincidentally those where I am traveling for the long run and what should be run #3 or #4 of the week) are the hardest. I tend to have some cumulative fatigue from the previous week’s long run and speed work and am also very distracted by packing and the act of travel. So this week was another short one where I only got out twice. Yes, twice. I had the sniffles after my Cancun trip but still managed to attack my second-highest mileage week, so this feels kind of weak.

On another note, HOLY CRAP OMG I can’t believe I’m 12 weeks into this! And it’s going so well! I am uninjured (knock on wood, some aches and pains but nothing lingering), got a 5K and half marathon PRs during this training cycle, and have run 18 miles at a time, a solid 4.9 than ever before I began this journey. A little bit of reflection and a lot of navel gazing (shout out to Elle) has led me to be pleasantly surprised at a lot of training. It has been less time overall than I originally supposed, but I was preparing for the worst and am also on a pretty conservative plan. I haven’t taken to the track like I thought I might, but am planning on speed classes post-marathon to rectify that. I have eaten too much, constantly, most of the time, but at other times am full sooner than expected. I have maybe cumulatively lost 2 pounds during this process then negated it in Vegas, Cancun, and Chicago. Despite my proclaimed love for cross-training of all kinds, I have largely neglected it. I put my ClassPass on hold, even after dropping down to the 5 a month plan then failing to make any of those classes. I now make the “if someone is training for a marathon, you’ll know about it” types of jokes but actually do find myself telling everyone about it.

I’m in Chicago (will have just touched down back in NYC when this is published) for a combo work conference/sightseeing/visiting my friend Carla and cheering on the Chicago Marathon. The trip was supposedly to only involve the last two but then I got invited to speak at a big conference in my field. The combination of trip of purposes made it really hard to pack but I managed.

Monday 10/3: I was feeling less sore from my half and dragged myself up some stairs for a run club meeting. There was a panel all about the NYC Marathon and I took down some tips from the veterans. Also, I had baked some marble cupcakes the night before for a coworker’s birthday and hit peak cupcake consumption. 2 Sunday night, 1 for breakfast Monday, 1 as a snack at work, then 2 very small ones for dessert.

Tuesday 10/4: So I didn’t make 6am speed training this week, which left me doing miles after work. I tried out a partial run-commute along the G line for 4 miles then showered off before celebrating National Taco Day at the brick and mortar location of Tacos El Bronco. Forgot to take any photos but they were amazing. Had 4 tacos for 4 miles, I guess. Tried their tres leches cake but didn’t love it.

Wednesday 10/5: I didn’t run, but I did have All You Can Eat Hotpot and more taiyaki ice cream.

Thursday 10/6: It was raining in Chicago when I arrived, so I strolled along the river for a bit and killed time before I checked in to my hotel. I was hoping to squeeze in a quick run before I headed to the Art Institute, but time was tight so I opted for a nap instead. Then I explored with Carla for a few hours, including a Museum Hack tour. I’ve been wanting to see Seurat’s La Grand Jatte for over a decade, since I took art history in London and kinda fell in love with pointillism.

Friday 10/7: Long Run along the Lakefront Trail. 13 miles even. Chicago is pretty flat, so at every small ramp or hill, I told myself “this is it, the tallest hill in Chicago.” At least one of them probably was. It was cool but almost a little unnerving being so close to the water but great being protected from the cars. Cyclists were super respectful with space as well. 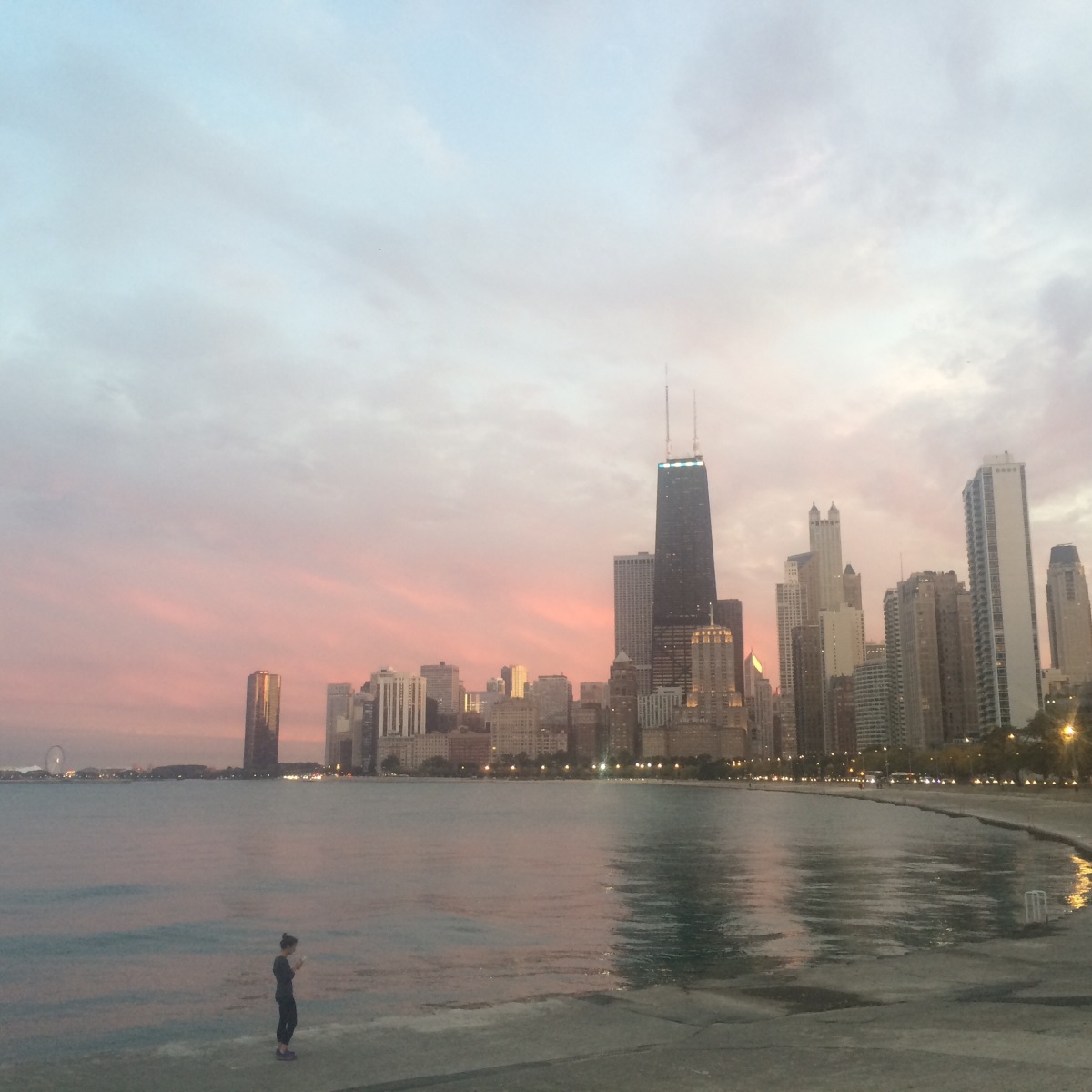 Saturday 10/8: Conference day with Lou Malnati’s takeout at the end.

Sunday 10/9: Marathon cheering day and marathon conference day. Saw so many people at mile 9.5 (and they loved the BROOKLYN WE GO HARD poster that Gabby originally made for last year’s Brooklyn Marathon). It was all very inspirational. 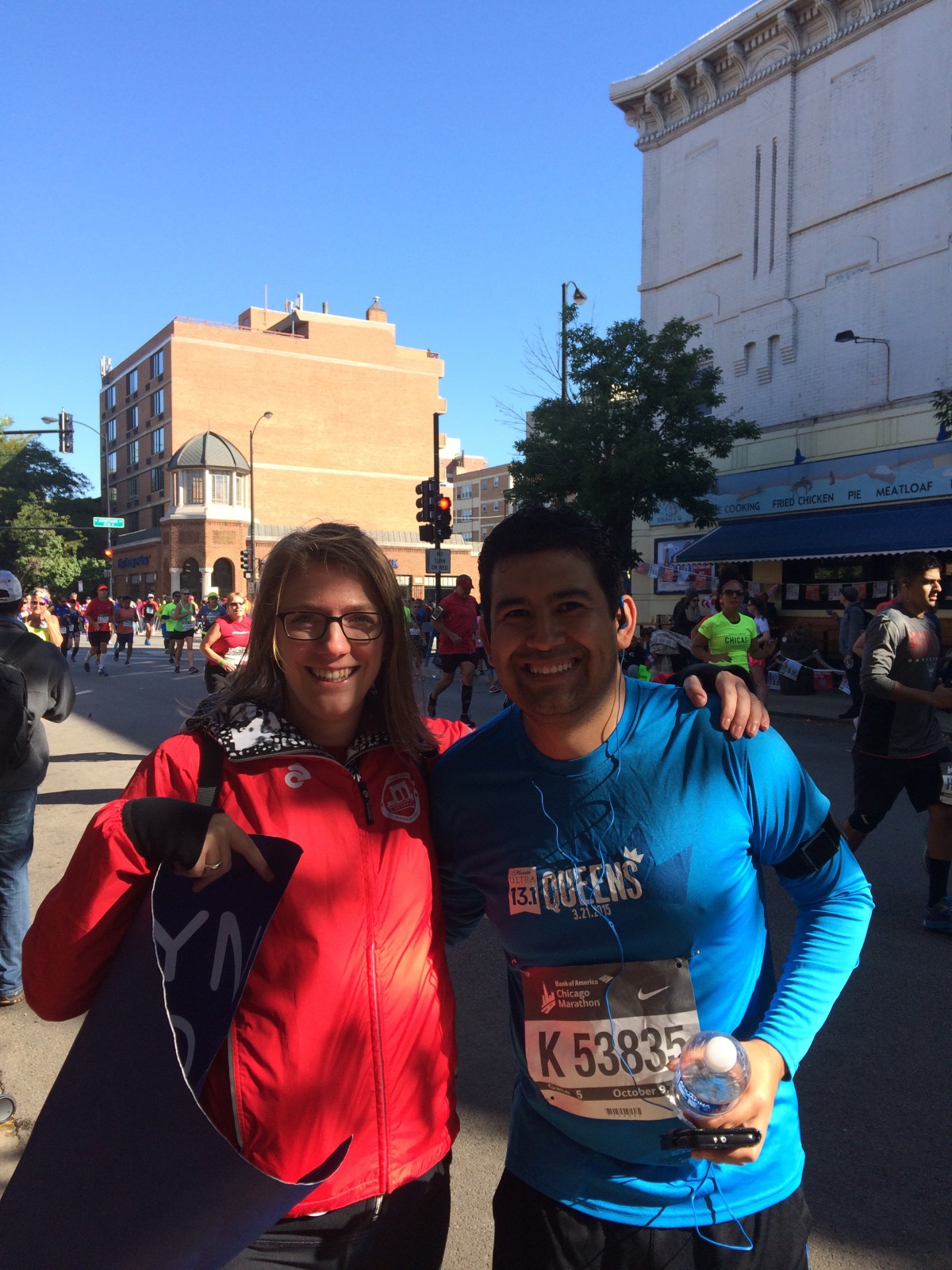 Total: 17.1 out of recommended 24-27. I ended up doing 6 Monday that ended up feeling more like Week 12 than 13 due to location, but the fact still stands that I went 22% under recommended minimum. Eek.