All of this training now comes with the caveat that we don’t know yet if the 2020 Brooklyn half is still happening on 5/16 and are in fact assuming it’s not. I chose a 12-week plan and the first week happened to be race week for the Atlanta Half on 3/1. Some of this was written in the first three weeks, then I added some context later on in March once we knew more about cancellations and such.

2/24-3/1: 26.6 miles, including the Atlanta Half. I did a shakeout run with friends the day before (Olympic Marathon Trials spectating day) and we met Kara Goucher! Then after the trials, we met Meb at an Ali on the Run podcast recording. 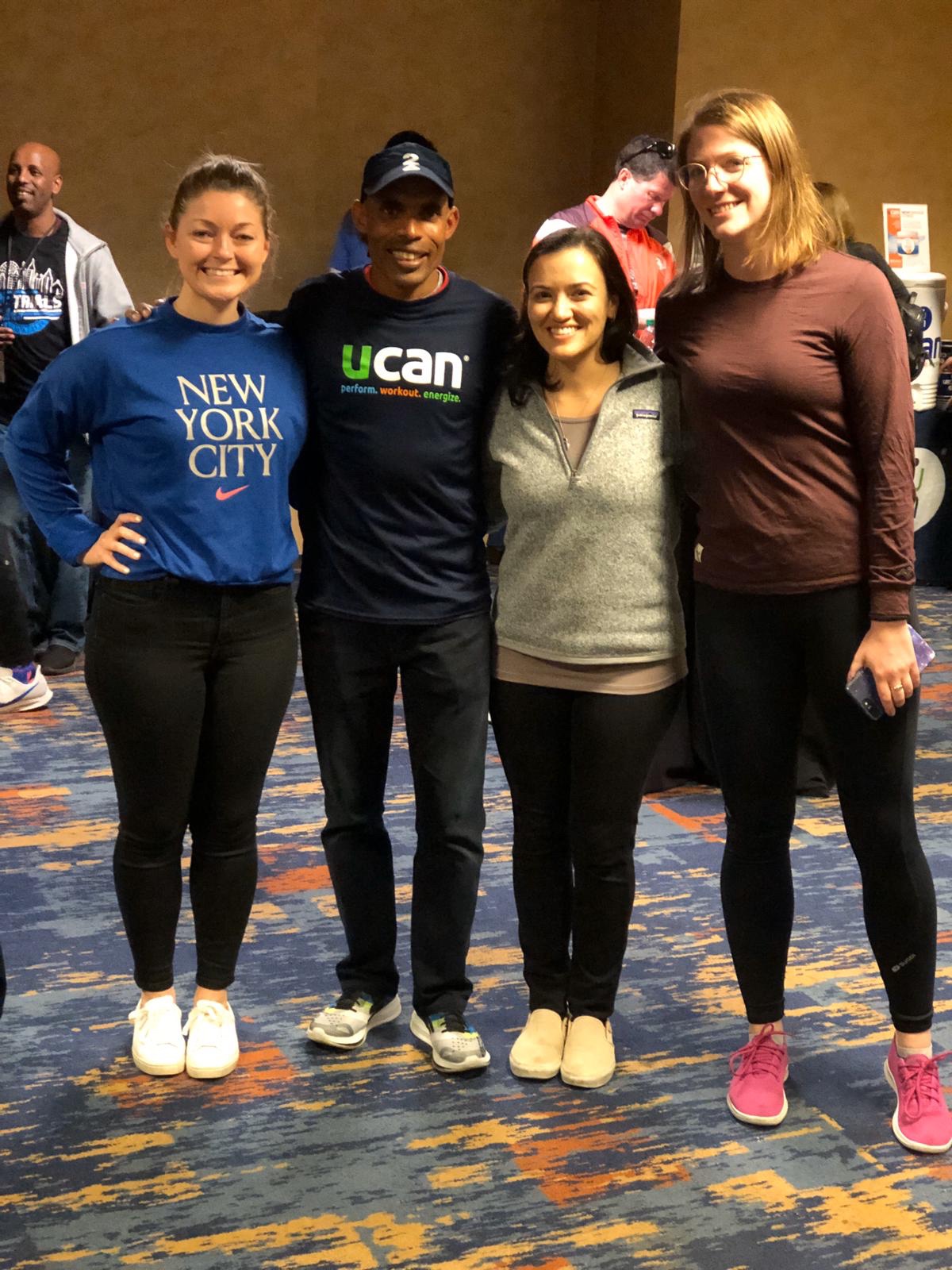 After the half on Sunday, Gabby and I went to the Atlanta Aquarium and really enjoyed it. They have whale sharks and a bunch of other animals.

3/2-3/8: 26.5 miles. Recovery needs were high and I was sore. I should have squeezed in a recovery run Monday while still in Atlanta, that’s for sure. When walking back from breakfast (at Atlanta Breakfast Club), we saw Molly Seidel on her own recovery run. I did mile pushes as part of speed training that Tuesday (too soon!), then took the rest of my miles easy. I did a Lululemon store group run and an International Women’s Day run. (Writing this now on 3/28; remember group runs?)

3/16-3/22: The inevitable dip in morale once all March and April and early May races were cancelled. NYRR Spring Group Training was canceled before it even begun. I managed to try some form of half-hearted speed workout on Monday 3/16, but might tend toward more easy miles and an occasional tempo, assuming I am still let out of the house. I managed to get in 32.6 miles, including a 10 mile long run up the west side. I’m wary of crowds and Central Park was overflowing with people on the warm Friday, so will try some less frequented routes (again, as long as still allowed. Runners currently have Governor Cuomo’s blessing).

3/23-3/29: 20 miles over 4 runs. Skipped the long run but did some fartlek speed work on a shorter run. Did my first online yoga class and in-apartment bodyweight workout. The weekend was rainy and we were dogsitting and honestly it was nice to not force a run. If I can still run the weekend of 4/4-4/5, then I’ll do Cherry Blossom as a virtual race. If not, then I can be pleased that my March mileage was my highest since marathon training in September 2018. (Ed. note – it will actually be a little higher than 130 miles once I run today, 3/31, and will be my highest mileage month ever. EVER.)

How’s everyone doing out there? Stay well.